A journey of a thousand miles begins with a single step.

Armed with anticipation, excitement and an indelible sense of adventure a group of 46 comprising of KE Members and their families, from Bangalore and Dubai in the age group of 2 to 75 went on an unforgettable trip to present day Turkiye a nation uniquely diverse, vibrant and mystical.

Beginning the trip in Antalya, which is the Turkish Riviera and the gateway to Turkey’s Mediterranean region, the Members experienced the beauty and grandeur of this resort town. Antalya has a turquoise coastline where the sun, sea and sand commune in harmony. The ancient name of Pamphyha which means a land of tribe and races in Greek holds true for present day Antalya which has transformed into a region of culture and sophistication and sits as a crown jewel in Turkey’s must see destinations.

The Members visited the Duden waterfalls, strolled down the Konyaati beach and the old town of Kaleici entering through the iconic Hadrian’s gate. Named after the roman emperor Hadrian, the gate is a symbol of triumph and has three arcades. They strolled down the Marina and enjoyed the sunset on the Riviera. Equally vying for their attention were the plethora of restaurants and bars dotting the Riviera which makes Antalya an international resort town. A short flight away was the next destination Cappadocia, a region having a spectacular fairy tale landscape, cave dwellings, stunning rock formations and a skyline filled with hot air balloons.

The Members were enthralled visiting the Devrent valley, Monk Valley (pasabag), Goreme open air museum and Pigeon Valley. The customary industrial visit to the Aldag  Ceramic workshop  in the Avnos Village was a resounding success with the members getting a first hand experience in the creative and marketing aspects of the establishment. Members who wanted to tick Hot Air Ballooning off their bucket lists were thrilled to have that opportunity in Cappadocia. Nothing can beat the magic and adrenaline rush of soaring high over fairy chimneys in the mystical landscape of Cappadocia while the other balloons dot the skyline like confetti. It was an experience of a lifetime!

Straddling between Europe and Asia in the Bosphorus strait is Istanbul which possess a rare and richly complicated heritage passed on from the ancient Ottoman and Byzantine empires rule and embodies culture, history and art like no other city in the World. It is both chaotic and charming at the same time and reminds you of a richly woven tapestry of different hues and designs.

The Members began their tour of Istanbul with a visit to a leather outlet. They were excited to visit the Hagia Sophia Mosque & Museum, Blue Mosque and the Hippodrome. For the unversed, the Hagia Sophia was originally built as a Christian Cathedral and is the epitome of Byzantine architecture. After going through its fair share of political turmoil, today it has been reclassified as a mosque, but remains a major cultural and historical site.

On the Bosphoros Cruise, the Members were filled with joie de vivre and enjoyed the Turkish folk dance and belly dancing while sipping on Turkish Raki and enjoying traditional Turkish cusine. The Grand Bazaar is the largest and oldest covered market in the world. It was built in the year 1455 as an edifice to deal in luxury goods. Today ceramics to jewellery, antiques to textiles, carpets to kilims and the famous hanging lamps in various colours are sold here. The labyrinth of shopping alleys around the Grand Bazaar are equally fascinating.  If the Members had a monochromatic shopping list it was quickly put aside on seeing the colourful myriad products on display. Known for their entrepreneurial skills they haggled skilfully with the Turkish merchants and returned with bags filled with souvenirs.

No trip to Istanbul is complete without visiting the Misir Carsisi popularly known as Spice bazaar which is located in the Eminonu quarter next to the Galata Bridge.   Mainly Spices, coffee and teas, Turkish Delights, jewellery, souvenirs and dried fruits are sold here. On entering the bazaar, sweet fragrance wafts through the air and engulfs one in a sweet embrace. Our group not immune to the charm of the sellers and the spices put on a spirited avatar and gleefully rejoiced in striking good bargains.

On Sunday the members attended mass at the Saint Espirit Cathedral. This incredible journey ended with the Members spending time at the Taksim square and shopping on the pedestrian Istildal street. Taksim square is the location of the Republic monument which commemorates the anniversary of the Republic of Turkey. Istidal  street is the most visited street in Istanbul and is flanked by shops, cafes, food joints serving street food, street art and a chance to take a tram ride. The Members were pleasantly surprised to find the Church of Saint Anthony of Padua on this busy shopping street and spent quiet moments reflecting and being grateful for their countless blessings.

All wonderful and beautiful experiences end on a note of nostalgia. After all what we treasure most in this world are not material possessions but people and places, moments and memories, smiles and laughter. In the days ahead when our whimsical minds look back on the week we spent in Turkey reminiscing on this incredible holiday, lasting memories will be created in the realm of travel. 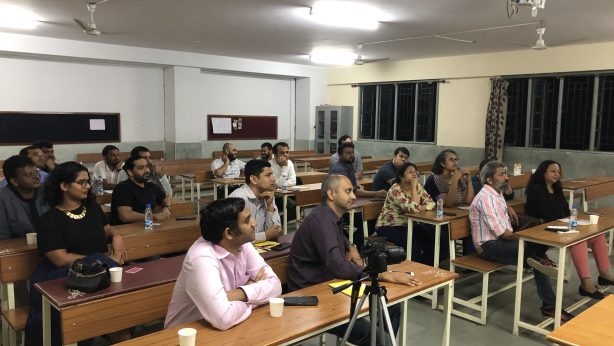 KE GenNow Goes Back to School 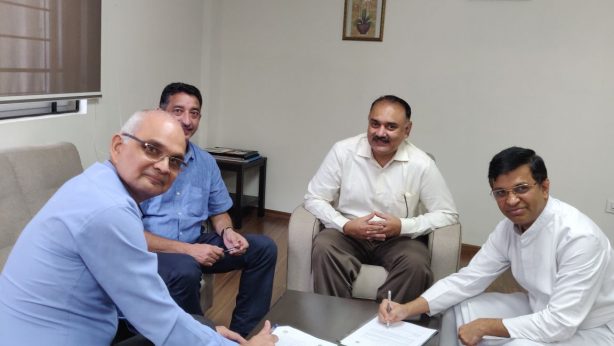 Partnerships between industry and academia are instrumental to advancing research...