Dubai, Apr 12: With the objective of bringing awareness among the NRI community on the proposed changes in tax laws with the implementation of Direct Tax Code (DTC) from the next financial year, Kanara Entrepreneurs Ltd (KEL), Dubai conducted a workshop titled “Direct Tax Code – Impact on NRIs” at the India Club on Saturday, April 9.  Over 125 KEL members and guests attended this event along with lead members from KE Bangalore and the core members of Dimensions in Mumbai.  The program started with a welcome address by the President of KEL Dubai, Mrs. Shobha Mendonca.  Mrs. Mendonca introduced the key note speaker Mr. Mark D’Souza – Chartered Account and President Elect – KE Bangalore. 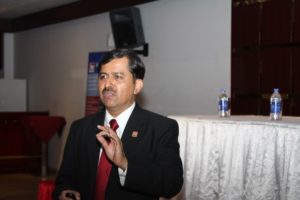 Mr. Mark D’Souza in his presentation gave an overview of the existing tax laws, definition of terms applicable to NRIs such are non-resident, not ordinarily resident and resident as applicable under the Income tax laws as well as under foreign exchange management act (FEMA).  Mr. D’Souza gave valuable tips on how to manage the NRI status, what taxes are applicable for NRIs and how one should plan their return to India to obtain the benefit of being non-resident during that tax year. He said that all income generated in India except for the interest on NRE and FCNR accounts are taxable in India.  When tax deduction at source (TDS) is mandated, the deduction will always be at the highest slab for NRIs.  NRIs need to file their taxes and apply for refund of these excess deductions.  As of now several crores of unclaimed refunds are lying with the government on this account as NRIs fail to file their taxes and claim back the excess amounts deducted thru TDS.  He also touched on the consequences of not filing the income tax returns on time.  He mentioned that July 31 is the deadline for NRIs to file their taxes for the previous year.  Mark stressed that all NRIs must maintain a record of all their visits to India for the last 10 years (including copies of the immigration stamps from their passports) as they count towards computing the number of days towards their residency in India for that particular year.  While counting the no. of days of stay in India he said that both the day of arrival and day of departure are counted as days of stay in 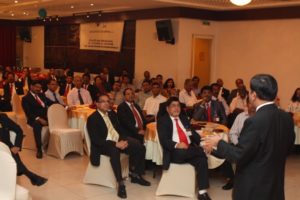 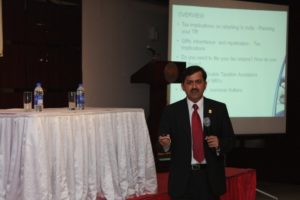 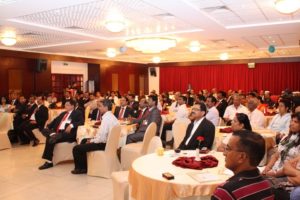 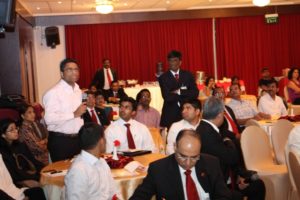 He also covered the topic on Double Taxation Avoidance Agreement  (DTAA) signed by India with various governments including UAE government to avoid the impact of the same income being taxed twice.  However, he said that to be eligible under DTAA, you need to pay tax in your resident country.  As UAE does not have direct taxes, it will not be possible to get benefits under DTAA for residents of UAE.  He also mentioned that with the implementation of the Direct Tax Code (DTC) which will unify and replace all existing direct tax laws, you could be considered resident for tax purposes if you stay for more than 60 days in a financial year as the extension to 182 days will no longer be available.

Mark also touched on the impact of Wealth Tax which if passed as is, which will have a significant impact on NRIs.  As per the existing draft, the wealth taxes is applicable on all your global assets and are to be included in your tax filings.  As per the proposed DTC, wealth tax is applicable at 1% on all assets exceeding Rs. 1 crore.

He concluded by saying that in view of the above and the proposed DTC, it is very important for NRIs to plan their presence in India during the relevant tax year, so that they are not only able to plan their residential status under the Act but also obtain optimum advantage under the applicable tax treaty.

The new KE Global web-site that integrates all its chapters under one umbrella and provides extensive opportunities for its members to interact with others online for both business and social networking in addition to providing information on all the news and events was launched jointly by the Presidents of KE Dubai and Bangalore along with the Mr. Freddy Mendonca, Chairman of Dimensions. 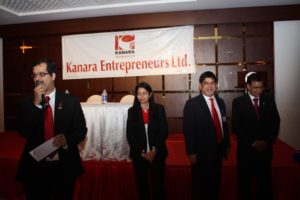 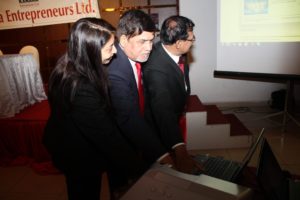 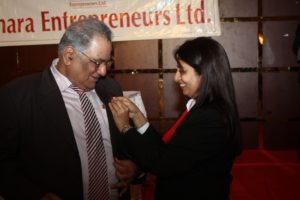 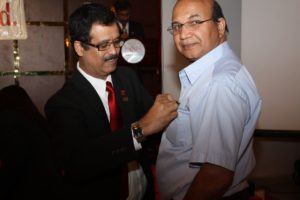 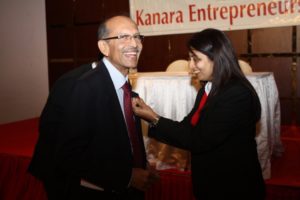 Several of our members were formally inducted at this event.  Ivan Fernandes, Chairman of KE Global and Shobha Mendonca installed the KE lapel pins on these members and welcomed them into KEL.  Mr. Julian Lewis, Director of Membership handed over the welcome kits to each of these members.

Immediate past President of KEL, Mr. Albert Rodrigues as part of the house keeping mentioned that KEL has been providing quality events and thereby gaining popularity, which is reflected in the growth of its membership. He said that this year we have inducted 60 new members and it is critical for members to utilize every opportunity provided for networking under KEL as well as their strategic partners such as TIE Dubai who conduct several events with similar objectives.   He also urged members to register and exploit the opportunities provided through the new website (www.keglobal.org).  Albert again stressed on the recent venture fund and asked members who are looking at equity funding to get in touch with KEL.  He also updated on the business plan contest that was conducted by KE Global for MBA students from eighteen colleges as part of Verve 2011 in Mangalore. He encouraged members to participate in the activities of KEL and provide valuable suggestions on their needs and ideas for fostering a better network of entrepreneurs and professionals.

Mr. Michael D’Souza, Director of Mentoring, proposed the vote of thanks.  He thanked the speaker, all the members of KE Bangalore and Dimensions who made the extra effort to come to Dubai and attend this program, the sponsors of the event, staff of India club and the audience.  Mr. Alfred Vaz, Director of Events coordinated and anchored the event. This event was sponsored by Globelink West Star Shipping LLC, Dubai.