Kanara Entrepreneurs (KE) held a signature event on networking extravaganza in a fun filled arena of play and learn at its premises, recently.

The networking event was conducted by Claudius Pereira, director mentoring, KE-Bangalore. He is known for his motivational talks to various corporate industries. The program started with three success stories by Edward D’Souza, Naveen D’Souza and Prashant Maxim Sequeira with the following theme, ‘your success story, the challenges & hurdles faced to come to where you are today. Your team size and your business’.

The panel also answered various questions raised by the audience on human resource management. The members of KE appreciated the panel discussion and suggested to have more such interactive programmes in the future for the benefit of its members.

Kanara Entrepreneurs, Bangalore is affiliated to Kanara Entrepreneurs–Global (KE–Global), is the second chapter after Kanara Entrepreneurs Ltd (KEL) Dubai, has been started to foster, support and nurture entrepreneurship among people in the Kanara region representing coastal and other parts of Karnataka. It comprises of successful, young and budding entrepreneurs, senior corporate executives and professionals willing to share their expertise, ideas and strengths with others for the benefit of society.

Kanara Entrepreneurs (KE Bangalore) was founded with the initiative of Federation of Konkani Catholic Association (FKCA) Bangalore and Kanara Entrepreneurs Ltd, (KEL) Dubai, in December 2008. Currently it has become the leading organization with over 84 members including 28 leading members.

Membership is open to any successful business persons, senior corporate executive or senior professional (accredited postgraduate or equivalent to qualification and with at least ten years of practice in his chosen profession) of Kanara Region with a reputable background who has the willingness to share his strengths with others and the commitment to strive for the betterment of the Kanara entrepreneurs. 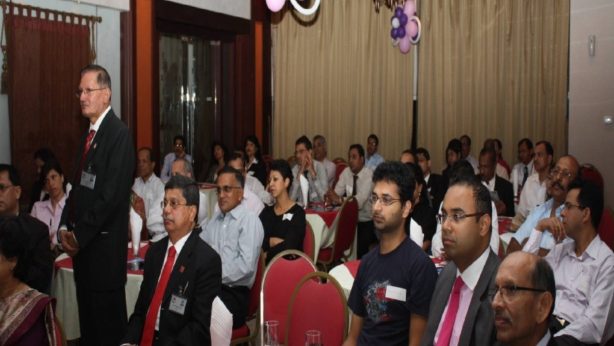 KEL Event on Protection for Expats through Insurance