Bengaluru, Apr 25: The last members meet of Kanara Entrepreneurs Bengaluru (KE), was held in February and the members were looking forward to the next bi-monthly meeting scheduled for April. However, due to the global lockdown which is enforced even in all states and parts of India due to Covid-19, the meeting could not be held at the regular venue as planned. As the old saying that dates back to many centuries and a favorite of the Showman of Indian Cinema Raj Kapoor, ‘The Show must go on’, so too for KE Bengaluru, the lockdown was no reason for not going ahead with the scheduled members meet of April, the only difference was that it was conducted online through a Webinar, on April 17. Director Membership Roshan D’Silva inducted the new members into KE by completing the required formalities and administering the oath of membership. This is probably the first such member induction, held online by KE since its inception. The new members who joined KE Bengaluru are as follows:

Post the induction formalities, five members presented their business profiles by promoting their business and pitching for their respective products.

2. Prescilla George – Who runs a Holistic Nutrition company called Positive Health and can be reached at prescillageorge7@gmail.com

4. Saleena J – Who runs a firm called Cosmic Consultants into recruitment services. Saleena can be reached at saleena@cosmicconsultantshr.com

5. Amith Nigli – An educationist & app specialist and founder of Bapp. Amit can be reached at nigliamith@yahoo.com

Post the business pitches was the much-awaited icing on the cake, which was eagerly anticipated by many young entrepreneurs – The Success Story by Dr Anthony Pais who is a world-renowned cancer specialist and co-founder and Clinical director at Cytecare Cancer Hospitals. The meeting was moderated by Carol Pereira and vote of thanks was proposed by Dr Bryan. Associate director of KE Bengaluru, Pramod D’Souza arranged and moderated the webinar along with Dir-Membership Roshan D’Silva. Dr Pais spoke about his journey since childhood. Born and bred in a Catholic family at Mangaluru, Dr Pais was a student at St Aloysius school and college in Mangaluru. Dr Pais excelled in sports and at NCC, to reach the national level. Though Dr Pais was interested to take up either of the two as a career, he was discouraged by his family and was persuaded to take up a professional course such as medicine instead, and that is how Dr Pais went on to become a doctor. After completing his MBBS and post graduation from KMC, he joined Fr Muller Hospital at Mangaluru and till date holds the record for being the only doctor in the history of the hospital, who worked day and night, without taking a break for an entire One year.

Dr Pais then moved to Mumbai to gain more experience at the Tata Memorial Hospital and excelled in surgery under the guidance of Dr Stanislaus Patrao, who he considers as his Father of Surgery and then moved to Kidwai Bengaluru. His association with Dr Alfred Mascarenhas gave him great exposure in specialization in treating cancer and he also had a stint at SDM Dharwad. Dr Pais then moved to St John’s Hospital Bengaluru and as Professor of Surgery, established the department for Surgical Oncology at the hospital.

Dr Pais then moved to Saudi Arabia after resigning from St John’s to King Fahad Specialist Hospital as Head of Breast & Endocrine department, and here is where he specialized in Breast Cancer surgery. While practicing at Saudi, Dr Pais received a surprise call from none other than Dr Devi Shetty who invited him to join the renowned Narayana Hospitals as HOD of Surgery. Dr Pais, who was homesick by then wanted to return to India, grabbed this opportunity by taking up the offer and his new assignment, back at Bengaluru. Dr Pais has vast experience in Breast Cancer treatments and therefore took it up as a super specialization.

Dr Pais has many firsts and here are a few

· First Indian to be granted a fellowship of COSESCA in Africa

· First Indian to become the Examiner at the College of Surgeons of East, Central & Southern Africa

Apart from this, Dr Pais work has been decorated with a number of awards which include:

· Membership to the prestigious American Society of breast diseases

Dr Pais has published and presented many journals at USA, Japan and many other countries. Apart from being a dedicated surgeon, he is also a man of deep faith and prayer, which he says, has got him going so well in life. To sum it all up in Dr Pais’ own words, it has been ‘A roller coaster life’ and he says he will continue to do whatever best is in his capacity to treat people, and thus his service to mankind. 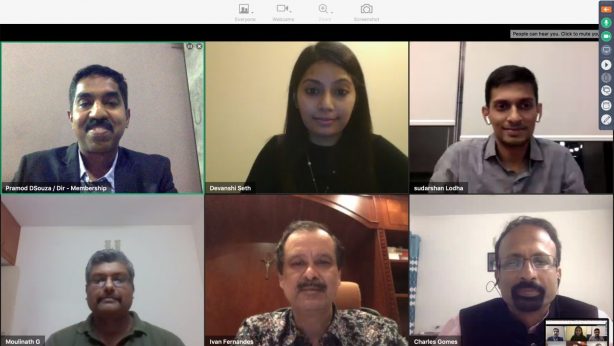